After discovering their hidden talent for music Wilson, Koko and Brewster form a band. But, after Koko's horn goes wonky, will the trainees find a replacement in time for them to rock out on the radio?[1] 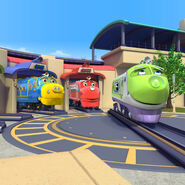 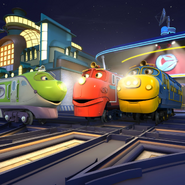 CBeebies promo
Add a photo to this gallery

Retrieved from "https://chuggington.fandom.com/wiki/Rock_%27n%27_Rollers?oldid=36382"
Community content is available under CC-BY-SA unless otherwise noted.