Smooth Harrison thinks he's the cat's whiskers (And the vents on his face even make him look a bit like a Lion). He lives in the upper level of the roundhouses, the penthouse suite, accessible by an elevated turntable. Wilson hero-worships him. He has a high ego and can get carried away showing off. Despite various incidents, he is a hard worker and gets along well with his best friend Chatsworth. In a variety of episodes, his ego causes him to arrogantly dismiss safety warnings and protocols, which end up causing him trouble, most notably in the episode Training Time, Harrison.

Harrison is based on the Union Pacific Railroad M-10003. 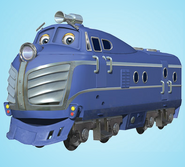 Harrison with Olwin and Skylar 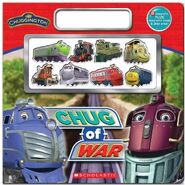 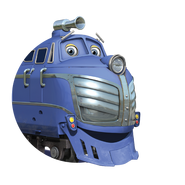 Harrison’s Season 3 promo
Add a photo to this gallery 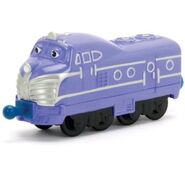 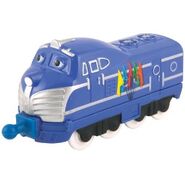 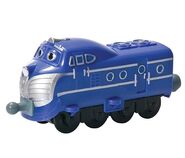 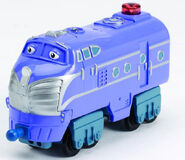 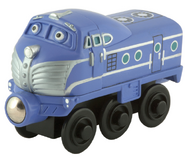 Jazwares
Add a photo to this gallery
Retrieved from "https://chuggington.fandom.com/wiki/Harrison?oldid=30710"
Community content is available under CC-BY-SA unless otherwise noted.