Chugging Home for the Holidays

TBA
Celebrate Chuggington is the second half-hour special of Season 6.

It's time for a brand new holiday in the great big world of trains - Chuggington Day! The trainees embark on an adventure to remember, including a scavenger hunt and a quest for the perfect statue! The trainees learn the importance of training together.

Part of this episode being animated, courtesy of Instagram user tcumbry 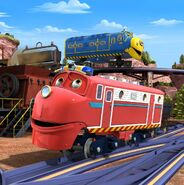 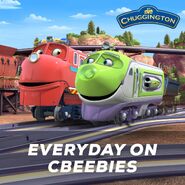 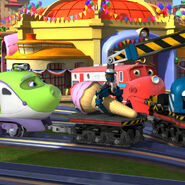 Retrieved from "https://chuggington.fandom.com/wiki/Celebrate_Chuggington?oldid=37738"
Community content is available under CC-BY-SA unless otherwise noted.