What's on your mind?

What I hope for in the future | FandomThere are so many things in Chuggington I hope…chuggington.fandom.com

Did anyone ever noticed that for season 1 and 2, at the bottom of Morgan and Lori's overalls weren't so wrinkly, but from season 3 and onward, they were wrinkly?

I'm confused, because in the trivia section on The Repair Shed wiki page, it said 'While Eddie used to work at the Repair Shed, when he received his own workshop, he now usually only works with Hodge.' And honestly, I don't recall Eddie ever working there. And if it's like that. I do intend to delete it as if it isn't true.

I remember from months ago that in the trivia section on Lori's page, it said that Lori is Morgan's love interest which was kinda funny but also interesting to see as it was never seen or confirmed in the show before it got deleted. I mean from when I was a kid, I've always imagined the two of them being together and I still do today. Imagine if we did get to see them together in a future episode, that would be fun and interesting to see even if it's just for a few minutes in an episode.

Honestly, I'm still unsure if the boy we saw in Lori's photo in Koko's New Look is really Lori's nephew. I mean I keep thinking he's just one of the party guest while we didn't see a photo of Lori's nephew and is instead only in one of the other photos that were in Lori's other hand.

I know it's been years since its release of season 2, but does anyone wanna talk about how there were so many female Chuggington residents with the same hairstyle like Lori's? I mean there was a lot of them and we continued to see them again but less in future seasons.

And I had been wondering all this time, why the crew just decided to make female Chuggington residents have the same hairstyle like Lori's and not have male Chuggington residents have the same hairstyle like Eddie's or Morgan's. It does make me wonder if we will have a chance to see that in season 7. Better yet, see more humans around Chuggington other than Eddie, Morgan, Lori and Mayor Pullman. Cause they were the only people we saw in season 6 and it felt so lonely with only them around.

I admit that my last post probably isn't even gonna reach the chuggington studio's suggestion box. But I have two other ideas. (I have a lot of Koko ideas).

These seem more relatable to the show than my spongebob inspired idea. What do you think? Which is better, or what's your opinion on ether of them?

In cause ya'll have never seen the spongebob episode "What ever happened to Spongebob?" The plot is basically just spongebob messes up a lot in bikini bottom, runs away, gets amnesia, then is taken back to bikini bottom to regain his memory. I had an idea for a tales from the rails special with a much similar plot. Koko messes up a lot of areas while trying to help out, but just goes to fast, leading everyone to tell her to leave before she messes anything else up. As soon as Brewster and Wilson say the same, she really believes what everyone said and goes back to her roundhouse cabin crying. That night, Koko sneaks out of her cabin and soon leaves Chuggington, thinking that everyone would be better off without her. The next morning, Koko's door is closed as Wilson and Brewster try to apologize to her, but open her door and realize she's not there. They look all around chuggington, but can't find her. Wilson then reports the problem to Jackman, and does a scan around chuggington, but sees that Koko is nowhere in the chuggington area. Koko soon wakes up in an old wooden shelter, still unsure of where to go, she gets back on the tracks when all of a sudden a called from a distance comes about a runaway container which comes speeding down the track, hits Koko and knocks her unconscious off the tracks. Back in Chuggington, Wilson and Jackman set off to find Koko, with a "Bring her back home" from Brewster, a "Be careful" from Vee and a "Good luck" from Old Puffer Pete. Koko soon wakes up in a repair shed, but not the repair shed in chuggington. In fact, the only thing she can remember is being it my the container, but she can't remember anything else. She soon finds out she's in Tootington, where she meets "Starlette", a trainee whose grip came lose on the cart that was carrying the container. Starlette then shows Koko around Tootington, where she of couse never remembered seeing. Soon Koko begins to do some basic jobs in different tootington areas, which all lead to disaster due to her habit of speeding (which she clearly has not forgotten). She is soon surrounded by an angry mod of chuggers, when Jackman and Wilson arrive to clear the area. They ask if Koko's OK, leading her to ask who they are and who Koko is (as she's forgotten her own name) leaving them confused. They then take her back to chuggington, where every chugger is there to celebrate her return. She's soon taken to the repair shed where Morgan finds out that when the container hit Koko, the part inside her that stores all her memory broke, which Morgan was quickly able to replace and Koko remembers everything, even everyone telling her that she's a mess up. Which leads everyone to give her a big apology, and they beg her to stay in chugginton, which she agrees to. The next day she Brewster and Wilson are carrying fragile materials to the drop and load yard, where Koko hears a rattling sound from behind her and starts to panic about breaking the materials. Then she remembers how she made all the mistakes which caused her to leave in the first place, which leads her to stop, and continue to go, but this time the same pace as her friends. They reach there destination where Koko learns an important lesson about being too fast, and that's the end. I know this was long, but I think this is a really good story that I think should be made. What do you think? 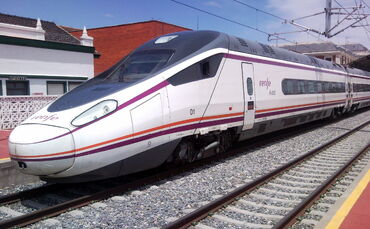 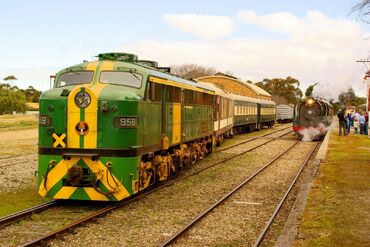 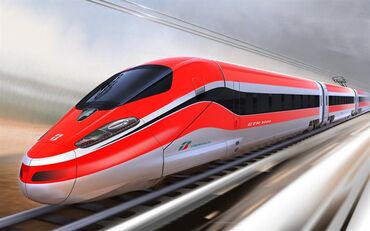 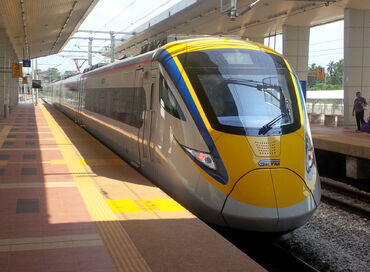 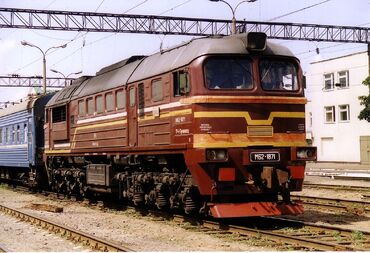 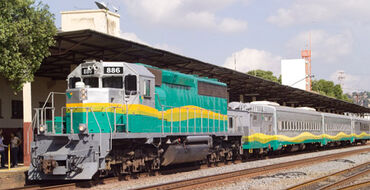 We are introducing a new area per episode called What Happened in that Episode, starting with Koko Pulls It Off and ending with Tai Tracks, you can find it any individual page. 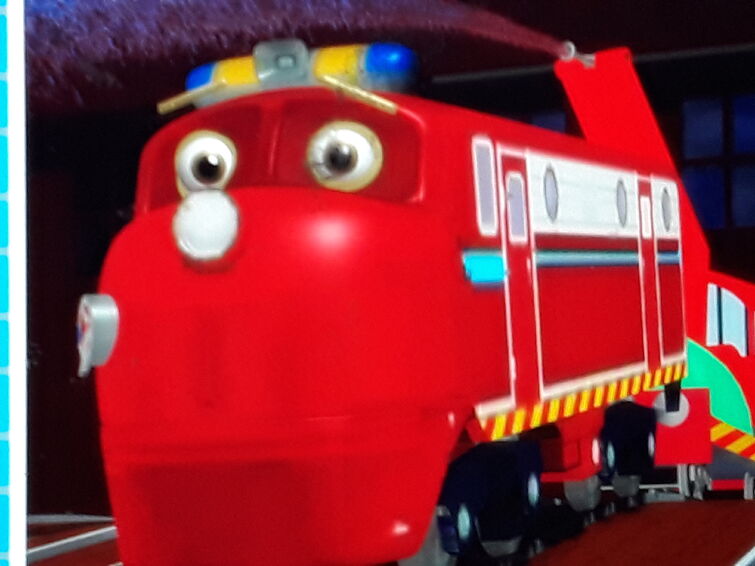 Do we know if Eddie and his parents lived in Tootington?

I looked on the trivia section of their pages and some of the stuff said there about their ages doesn't seem very good enough. But the one I'm concerned about is Morgan's. I mean come on! 'He's older than Lori and Eddie, around in his late 40s'. That's way too old! He doesn't look like he's around in his late 40s. He looks more like he's around in his 20s. It would probably be the same for Lori too. In fact, I think Eddie, Morgan and Lori all look like they are in their 20s. I really wish this could change on the trivia sections on their pages. 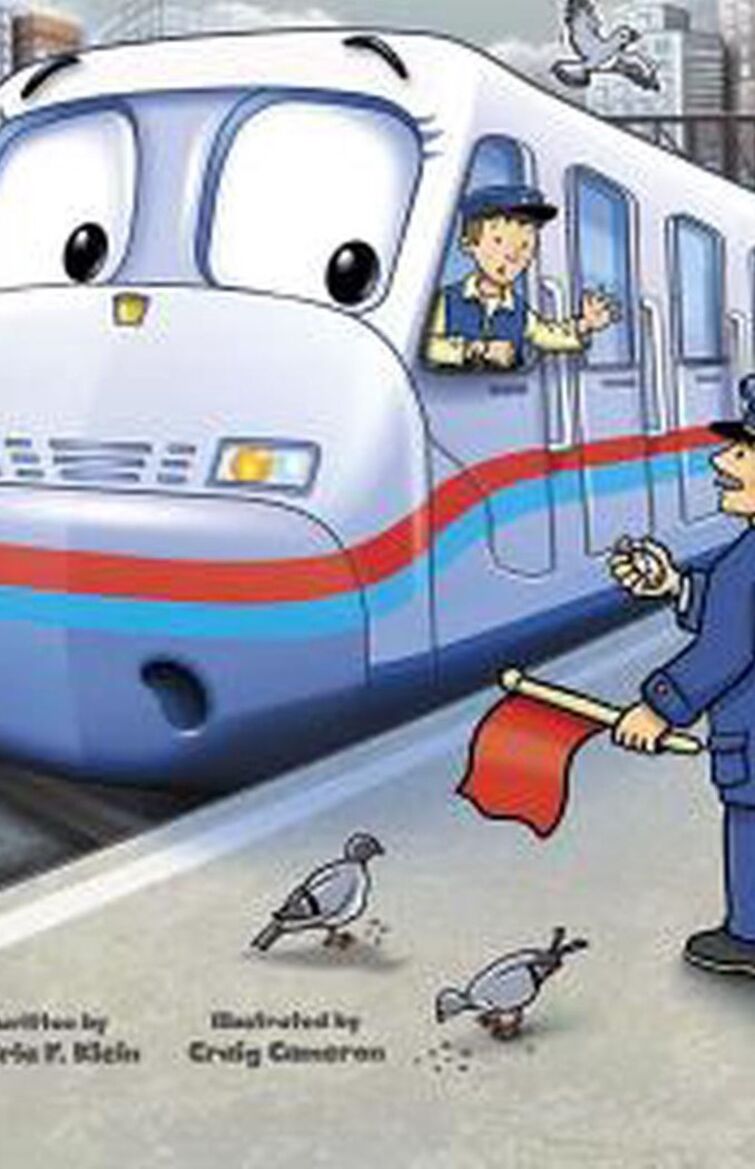